Born 1965 in Zagreb, Croatia, Dafne Jemeršić studied acting at ADU – the Academy of Dramatic Arts in Zagreb, Croatia (1986-1990). In the following years, as actress, she worked with various directors in national theatres and film productions (Šerbedžija, Juvančić, Durbešić, Hajdarhodžić). In 1993, Dafne start to study film Editing at FAMU – the Film Academy in Prague. She edited a number of student films, and wrote and directed two short student movies: Bravo (1994) and Hero of the Day (1995). After studies in Prague, she moved to Ljubljana, Slovenia, from where she collaborates with many European artists, on different theatre and film projects. At the Academy of Theatre, Radio, Film and Television in Ljubljana, she edited several student films. As an independent film editor, she has edited many internationally awarded short and feature Slovenian, Croatian and Czech films. She has also directed and edited several TV Shows, Serials and for Eurosong 2003 – 16 short presentation films for RTV Slovenia. She directed and edited lot of music videos for prominent European musicians, and music documentary Marathon, released 2007, with popular rock band Siddharta. 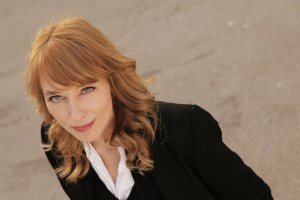